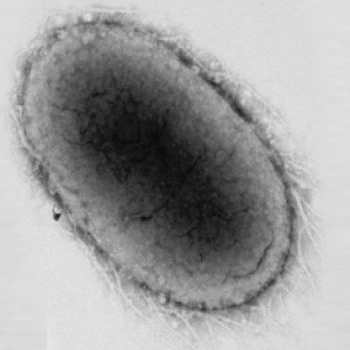 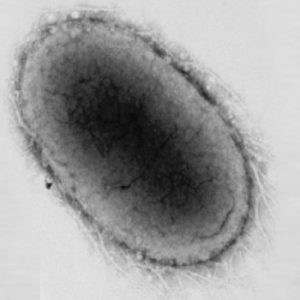 Have you ever heard of Akkermansia muciniphila? It’s a gut bug. I was once *very* excited about A. muciniphila.

At first, I didn’t know what bug it was, but it was right around the time that fecal transplants were first being used to treat C. Diff infections, and one lady got a transplant from her husband, which cured both the C. Diff *and* her diabetes. Something in gut bacteria seemed to make a big difference.

Then we started having rodent studies of this specific bug coming out. Mice with A. muciniphila didn’t get obese or diabetic. Exposing obese and diabetic mice to this bug reversed their diabetes and obesity. You could literally cause or cure both diabetes and obesity, regardless of diet, by giving or killing off this bug.

I wanted some A. muciniphila REALLY badly. When clinical trials in humans began, I was desparate to get in one, but none were happenning near me. Last I checked, there weren’t any on the same continent!

I looked into this bug, but it’s really hard to grow… it is an obligate anaerobe, which means it won’t grow in the presence of oxygen. And it only grows on enterocytes, the type of cells that line the intestine. So you first have to know how to grow a tissue culture (not something I’ve ever done) and then grow this bug on it, in an environment that excludes oxygen. Not exactly something I can whip up in my kitchen.

And none of the folks working with this bug were within a few hundred miles of me; I couldn’t even visit a lab where this bugger was buggering along.

And it’s not something you can get in a probiotic product either, any product developed would be very expensive. Nor can you pick it up from gardening as some of the handy “soil bacteria” you can get for free, and multiply via fermentation. No, this bug was special and difficult.

Prebiotitcs don’t help either; all the fiber in the world isn’t going to grow a bug if it isn’t there, and I suspected I had none. It looked like the only way I could get it would be a fecal transplant, but how do I know the donor has this bug?

Years passed… I saw an ad on FB for a new probiotic product recently, and it sounded vaguely like my favorite bug, so I followed the link. And once I dug past all the stupid marketing crapola, I discovered it was my bug! Someone had figured out how to keep it alive in a pill. There were other ingredients too, and I’m not sure how *much* of the bug was in the product, but I saw the clinical trials.

This product produced a 0.6% decrease in A1c in 3 months at around $200/month. LESS THAN ONE PERCENT!

In ONE month at ZERO cost (if anything, I saved money as fasting is cheaper than eating!), I had a 530% better outcome than this bug I’d spent years lusting over.

I still believe the gut microbiome is terrifically important and we are just beginning to understand the various bugs that live in us and what they do for us; it’s an exciting field of science. If I were still an active scientist, this is the field I’d want to be in; it fascinates me.

But I’m glad I didn’t have to wait for this to become a product to pay hundreds of dollars for such a minor improvement when it turned out that I already had everything I needed to KICK DIABETES TO THE CURB!