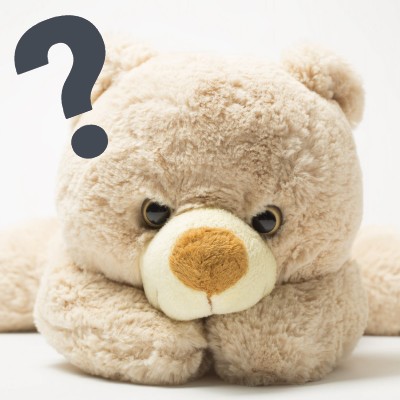 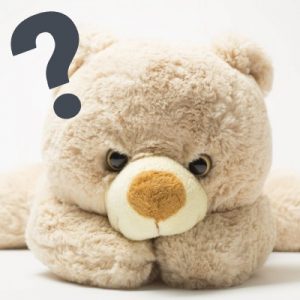 I didn’t study nutrition beyond the basics learned as a biochemist; it wasn’t my field I was interested in the interactions between centromeric DNA and microtubulin-associated proteins in Dictyostelium discoideum. Given there’s an extreme minority of people on the planet even remotely interested in that, I’ll spare you my explanation, but suffice it to say it had to do with how cells divide (which has implications for cancer treatment) and required NO information about nutrition whatsoever beyond what I needed to feed my slime mold cultures to keep them alive and growing.

I became diabetic in the 90s, before it was so widespread. I did low-carb for most of a couple decades, which did control my bG, until it didn’t. So after a big old heart attack, I got extremely interested in nutrition.

I headed into PubMed and spent thousands on supplements, trying various things that would help. I have also done WAPF, GAPS, a raw milk diet, ordinary paleo, Primal, Perfect Health Diet with “safe” starches, experimented with resistant starch, etc. – probably more diets than I can even remember.

I can spout off at length about many things like how the discovery of K2 changed the face of our understanding of calcium metabolism, and thus arthersclerosis and heart disease; how long it can take for some people to get in range on the D3 test and what to do about it; why it’s so hard to raise serum iron while hypothyroid, but you can’t tolerate thyroid meds until you do; which nutrients help reduce “adrenal fatigue,” and the biochemistry of what it actually is; the numerous hormones discovered from the time I was in graduate school until now, which includes leptin, amylin and adiponectin; why mega-doses of thiamine can reverse diabetes in some folks due to it’s role in the Kreb’s cycle; why most people can’t convert enough ALA to DHA and EPA (and similarly for converting carotenoids into retinol); why you need more choline than you’ve been led to believe…
…people roll their eyes when I discuss nutrition and/or biochemistry; it happened recently in Orlando at the lovefest some of us bears attended to surprise the 100th century bear (those who’ve lost over 100 pounds).

I’m not showing off, just telling you my experience. I had tried EVERYTHING and spent decades in the scientific literature trying to figure this stuff out. NONE OF IT HELPED ONE IOTA!

In fact, I got sicker and sicker the entire 12 years I was on insulin until Dr. Jason Fung showed up on my YouTube and explained fasting (which Amanda had told me about a year earlier, but I’d blown her off as being way too extreme and possibly had fallen off the deep end).

By the time I sheepishly joined Eat Like a Bear, she was reworking the first version of the RBS book and I was utterly blown away that someone had taken all the “real food” knowledge I’d learned from numerous gurus and turned it into something simple enough to do the meal planning, shopping, meal prep, cooking and prep of each meal in just a few hours/week… on less than a food stamp budget. If you’ve ever looked into any of the plans I mentioned, you’ll realize how HUGE this was for me; the only one simpler was the raw milk diet, but given I don’t actually *like* milk, it wasn’t sustainable for me (plus it was very expensive and it didn’t work anyway).

I may be the proverbial canary in the coal mine

You may well have a higher carb tolerance than I do; as far as I can tell, the vast majority of people do. If you exceed it even slightly, which has no obvious symptoms and doesn’t show on most lab tests (unless you have a VERY unusual doctor), you will eventually develop metabolic syndrome, then prediabetes, then diabetes. 80% of Americans right NOW already have one of those three conditions from insulin resistance (IR). In the earliest stages, the only way you to know you have IR is being overweight (or a few other symptoms, skin tags, gout, etc. – hyperinsulinemia causes a LOT of problems).

And it is getting worse all the time; our life expectancy has decreased due to the childhood obesity and diabetes epidemics. Those of us eating the standard American diet (aptly acronymed SAD) are getting fatter, weaker and sicker and dying younger and much more miserably.

I’m truly not trying to be an alarmist at you, nor trying to convince you that carbs are the devil himself. I feel that way personally, but then I almost died multiple times during my years of disability, so am a bit passionate on the topic. For me, I’m not ever touching bread, potatoes, rice or pasta again.

Many can tolerate more carbs than me and that’s great for them. I wish I lived in the universe where that was the case for me, but I don’t, so have to play the cards I was dealt to the best of my ability.

A saner way to start life

If I had known what I know today when my daughter was growing up, as a struggling single mother on food stamps in college and graduate school, with no time and less money, I would have fed her differently. She would have had 3 meals a day, mostly what I eat: copious veggies, protein and healthy fat. I’d have added small portions of carbs to her meals, assuming her not to be as damaged as myself (unless I saw evidence that she couldn’t tolerate carbs). There’d be no snacks between those three meals, no juice boxes either. Her “sweets” would be fruit (which I don’t tolerate myself beyond a few berries).

I cringe when I think how I actually fed her, the cheapest sources of proteins I could find, as many veggies as she would eat and ginormous amounts of carbs as main meals, with all sorts of crackers and juices as snacks. The only carb I ever restricted at all was sugar; I knew *that* much as my father had been diabetic.

I’m babbling and should get to the point… you may well have a much higher carb tolerance than I do. I know some diabetics can, after years of healing, raise their carb levels and still remain ex-diabetics. And maybe I can someday too – I hope to add back in some fruits that I miss at some point, at least a few times a year. But for me, it will depend entirely on what my bG thinks about it when I make those attempts.

But I will never go back to eating the way that made me 300 lbs, diabetic, and disabled to the degree I could barely walk more than a few steps without a cane, rollator or walker, depending on the terrain. Because for *me,* knowing what I know now, I’d probably need a lobotomy to make that choice!

My life was changed more than I can begin to explain

Two years ago, when I began this, I would *never* have considered flying, as I couldn’t possibly navigate an airport even with the assistance they provide for disabled people.

But recently, I navigated a trip that required 2 layovers on the way there, and 1 on the way back, all of which required hauling stuff from one side to the other of very large airports by myself on the way down, and the one on the way back required jogging because my first flight was late and I was in danger of missing the second.

And while entirely too short, it was the most exciting and fun vacation I’d ever had in my almost six decades of life. I’d have missed that 2 years ago!

I’ll not try to convince you beyond this: do the free 3-day challenge. If it works for you, either keep doing it, or expand you repertorie with the digital content. Just decide to do that for a time while spending time in the ELAB group getting to know your fellow bears and learning as much as you can about what we do.

I thought giving up carbs was very hard and that I’d only have to do it temporarily. But you know, as I went on more and more “dates,” I fell totally head-over-heels in love with how my whole life changed. Not until that began happening did I really commit wholeheartedly.

So… you know, just try a few dates. Your experience will almost certainly be different than mine, given you’re not me (as the majority of bears aren’t!)…
…and only you can decide if the changes are worth it to you.

You can do anything for just 3 days! And it’s free! What do you have to lose?
Take the 3 day challenge.