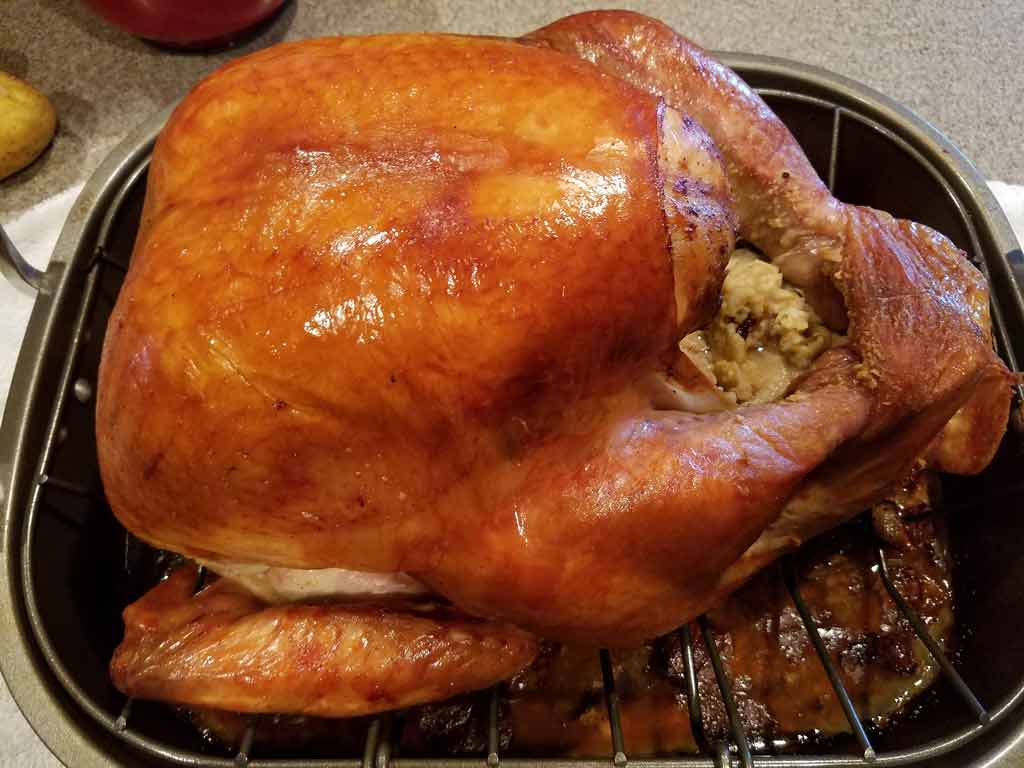 Canadian Thanksgiving occurs on the second Monday of October, rather than the fourth Thursday of November, because harvest happens earlier in Canada than in most of the US.

I’m American, but married a Canadian, so have had guests for both holidays. In fact, one year his family came down for both; guess they were extra thankful that year!

Last year, his brother’s family came down over their long weekend to spend the holiday with us, giving me my first opportunity to prepare a holiday meal for non-keto guests while avoiding most of the foods myself.

I had joined the #99BearTribe challenge on the ELAB group; this challenge existed to help us navigate through the holidays without winding up with regrets come New Years.

A while back, someone was discussing YOLO (you only live once). The idea was it was OK to indulge on a holiday, and I felt that YOLO was actually a reason NOT to. I want to feel WELL. I can’t wait until later; I’ve spent entirely too long with all these limitations. I have been handed the key to regaining my health; why would I wait? I’m not willing to give up even a day of growing stronger and healthier; I want each day to take me closer to the many goals I want to hit along my journey.

If I indulge, I know I am immediately going to feel crappier, and that feeling is going to last at least a few days (assuming I get back on the wagon immediately).

Measure the pros and cons of cheating; the only pro is the brief enjoyment of tasting something you’re craving; the cons are as long as your arm: you’re hurting your health, you have to climb back on the wagon, you have remorse, and you physically feel worse right away.

It’s NOT WORTH IT!

After my commitment, my next decision was not to bake. I had previously baked both several desserts like the traditional pumpkin pie and my fabulous carrot cake with cream cheese frosting and in addition, I baked for breakfast, things like banana walnut bread and pumpkin pecan bread.

I decided that doing all that baking was probably asking too much of myself, so just bought croissants and muffins for breakfast, and pumpkin and apple pies for dessert from Wegmans, which has a very good bakery.

Roasting a turkey was less problematic, as turkey is a fine topping for a Ridiculously Big Salad (RBS). I also roasted a ham, which I personally enjoy more than turkey, making sure to choose one that wasn’t cured with piles of sugar.

I did make all the traditional carby side dishes, my stuffing being the hardest to resist, but there was also mashed potatoes, squash, corn and gravy.

I’ve always made a giant salad for holidays, so just made it bigger, knowing I’d be eating an awful lot. And I made several homemade dressings to go with it, so there’d be variety for the guests, but also yummy leftovers for me over the next few weeks.

If you need to keto-ify the entire meal, you might want to check out this article from Diet Doctor. Granted, these recipes are a bit carbier than an RBS; there is no room for pumpkin in my way of eating, which includes eating until Thanksgiving-level stuffed with every meal (so requires a lot of lettuce). But they’re certainly preferable to the normal carbfest.

My overall opinion about how to handle the holidays hasn’t really changed; I recently made a video for the 2020 #99BearTribe challenge.

After the holiday, I had some labwork done and some of it was quite confusing, especially my thyroid results.