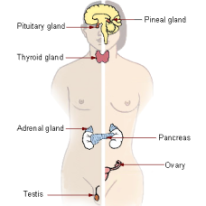 At the end of August, after having completed my first fasts, then going on to eat a ketogenic diet, learning to Eat Like a Bear, I saw my endocrinologist.

I hadn’t seen her in a while; I missed my previous appointment in April due to being out of town, and this was the first appointment they could get me, so was missing some recent blood work.

I told her about Dr. Fung and what I’d learned about reducing liver fat to decrease insulin resistance coupled with reduced pancreatic fat to improve beta cell function. I expressed my newfound belief that it was possible for me to actually reverse my diabetes.

I showed her my bG readings and much excitement ensued; she was nearly bouncing in her chair as we spoke. She had them do an in-office A1c since I hadn’t had one recently and expressed a bit of disappointment that it was 8.3%, much higher than my bG readings indicated. I reminded her it had been as high as 11.9% over the past year and I’d only been at this a few weeks and her excitement rebounded.

She was somewhat concerned to discover I’d quit carvedilol, lisinopril and then wound up weaning off lasix; she double-checked my BP and expressed wonderment at the 138/76 reading on no meds. My hypertension, uncontrolled on all those meds, seemed to be gone.

I told her about being able to feel my feet all the way down to my toes, being able to walk on uneven surfaces without a stick, that I’d begun walking with kitties. She had me remove shoes and socks and tested me all over and could find no neuropathy.

We were both pretty damned excited by now! I knew things had improved dramatically, but it was nice sharing it with someone who understood the magnitude of what I’d accomplished.

We also discussed a couple issues.

I’d begun on 30 u basal only during the fast, and had fasting hypoglycemic bG readings (with absolutely no hypoglycemic symptoms), so had just kept reducing insulin until I was on none. I expressed a certain amount of bewilderment about what “basal” actually means; it’s the long-acting insulin, supposed to provide for insulin needs when not eating, but I’d wound up needing none. She suggested that for my next fast, I just stop insulin entirely and if my bG went up too much, just take a bit of bolus to knock it down, which seemed a good plan.

She also suggested I go back on metformin, a relatively low dose, 1000 mg/day. I thought this might help me get off insulin, so I agreed.

The second issue we discussed was my adrenal insufficiency. I noted that when I began eating again, I was using 200 mg/dL as my cutoff for taking insulin, and after several days of experimenting, I wound up on 30 u TDD, which had been working well for over a week. But I had noted that besides 15 u basal and 10 u bolus for my RBS dinner, I also needed 5 u for my morning prednisone dose. Since my goal was getting off insulin, it seemed to me that prednisone stood between me and accomplishing that.

Years previously, I had badly failed an ACTH-stim test and then did a diurnal saliva test; I was making nearly no cortisol. It wasn’t bad enough to be frank Addison’s disease, but was enough to leave me mostly bedridden for over a year until I went on steroids.

I know I don’t have late-onset congenital adrenal hyperplasia (suspected because my sister has it). CAH prevents production of cortisol and aldosterone, but I make aldosterone just fine; I have bloodwork that proves it, if many years of out-of-control hypertension hadn’t.

We don’t know of anything actually *wrong* with my adrenal glands; I speculated that if reducing visceral fat improved liver and pancreas function, might it not improve adrenal function also?

I had been on a physiological dose of steroids for years, first hydrocortisone, later dexamethasone, finally most recently on prednisone. My dose was 5 mg on waking and 2 mg at 2 PM. Given my history, I didn’t think I’d get off it entirely, but if I tried weaning, the worse that could happen was an “adrenal crash” and I had hydrocortisone on hand for any such emergency.

She suggested I go from my 5/2 dose to 5/1, give it some time, then go to 5/0. Then a month out, we’d test morning cortisol (before my prednisone dose) to see if my adrenals were bouncing back before proceeding.

Finally, when she was writing labs, she asked what else I wanted and I asked to test FT3 and rT3, with an eye to the future; the conversion from T4 -> T3 happens primarily in the liver; maybe I could wean that too eventually. She also wrote labs for PTH and vitamin D, neither of which I thought necessary. But hey, she writes the ones I want; I’ll bleed for the ones she wants!

And I asked for a Libre; poking my finger just wasn’t good enough anymore. I wanted to closely examine my bG as I figured out what to do to get off insulin entirely.

After I visited my endo, Pete came to visit me.