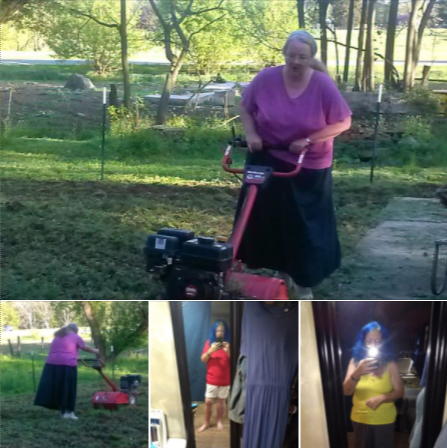 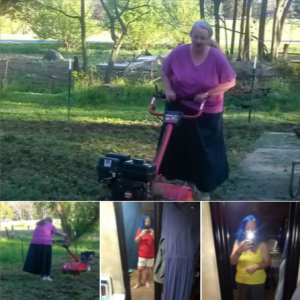 This will be my last update to ‘my journey’ on this blog.

I had gotten over a year behind in updating it, and then decided the best thing to do was write a book instead: ‘Jackie’s Journey – how I kicked diabetes to the curb’.

Keep an eye on this web site, so you’ll know when it’s available! I’ll still be posting periodically, but you’ll want the book to get the deets on how it all worked out!

I’m well past the two year mark as I write this post, but this was my testimony as written at the one year mark:

One of the things I don’t understand in this world is women who don’t like themselves because they’re fat. I was never all that fond of my *body*. But the me inside my body was one of the kewlest people I’ve ever known. I always described her as a capable, competent, confident woman. I like alliteration.  😉

More importantly, she is kind, and as such is a pretty good friend, mother, and pet roommate. And she has a wicked sense of humor, whether being sarcastic or silly, so I enjoy her company.

She never liked her body, so disassociated from it. She thought of it as if she lived in a dilapidated house in the wrong part of town; not proud of the house, but it is what it is.

But don’t come over and try to take pictures of her house; it’s just not a great-looking house.

She didn’t like the fat acceptance movement, because she didn’t *like* her house. Nor did she like the guys known as “chubby chasers,” who are turned on by large women, as she felt anyone who did like this house had pretty weird taste. She didn’t want anyone to pay attention to her house at all, but to her who lived within it.

Basically, her attitude was that given that an extraordinary woman lived in this house, anyone who couldn’t see that had warped values and their opinion didn’t matter anyway.

She still thinks that, that anyone who looks *just* at the house aren’t seeing *her* and she wants to be seen. She wants people to see her heart and mind, not that one wall that’s still a bit crooked or that leaking roof, but given that she’s been doing a renovation project this past year, she begins to see that the house has improved a great deal.

See, she began this renovation project working on the *inside* as the insides had deteriorated so badly that living in the house had become extremely uncomfortable, and she’d always claimed to disrespect people who were so shallow as to judge by the outside.

But really, she didn’t believe the outside *would* ever look good. Yes, she’d seen a lot of awesome renovations others had done, but she didn’t believe she could actually accomplish that herself. So rather than looking at the outside, she was inside working on the plumbing and outdated (and dangerous) electrical system, putting up new curtains and wallpaper so *she* could enjoy better asthetics inside, and focusing on getting her appliances working better to improve her own life where she lived.

But a weird thing happened as she focused her attention on the inside. Sometimes, in the right light, in the right position, the house looked almost pretty. And it’s a very strange thing and sometimes still confuses her.

If the house is pretty, maybe a bit of paint *would* be worthwhile. Or even entirely new siding. And probably, people taking a few pictures isn’t so bad. Heck, maybe she’d even take a few herself.

The renovation project isn’t done by a long shot, there’s still a lot of work to do on both the inside and outside of this house.

While I had no respect for those who only saw that I was fat; I don’t have much more for those who *only* see that I am trimmer. I’m still me.

I am stronger and healthier and it feels about a thousand times better to be living in this skin with so much less pain and so massively more capability than I had a year ago.

But the most profound change is even more deeply internal than being stronger and healthier. My inner world went from despair over my looming death to hope for my new life. And this changes the color of *everything* in the world.

You *can’t* see the change I’m most grateful for in photographs.

one year in: smaller than I was in college!

my first anniversary as a bear