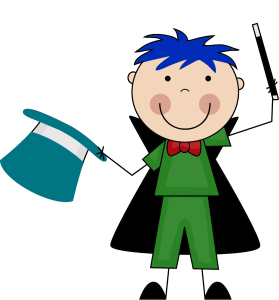 I posted some thoughts to ELAB earlier and several folks asked for me to make it shareable, so here it is…

You know how something gets stuck in your head, and you sort of keep poking at it? A while back, chatting with my niece, she expressed shock that I said I didn’t ever want to eat pasta again.

And I’ve poked at that a lot, trying to figure out what happened to me. The night before my first fast, though I’d been eating low carb for a good month, I downed an entire package of noodles just before midnight, to not break the “rules” of my fast. Got that food in under the wire!

If you had told me I’d never eat pasta again, I probably wouldn’t have ever started. I mean, I *knew* fasting wasn’t forever, but I didn’t think keto would be either. I assumed there’d be cheat meals eventually, some amount of carbage I could tolerate once I regained my health.

And for some of you, there will definitely be more than there is for me. We don’t all have the same genetic heritage, the same amount of damage, the same biochemistry. I have to be fairly strict, which isn’t “fair” or whatever, but I’m not a two-year-old throwing a temper tantrum, rather I’m an adult playing the cards she’s been dealt the best she can.

I think the first thing that seriously changed for me was in that very first week, when I realized my edema was going away, and as it did, I could feel below my knees for the first time in a few years. And in just a week of fasting, I could feel all the way to my feet even on my bad leg, and decided to try to walk without my cane and found that I could.

There is no way any pasta could EVER compete with not being crippled any more. Just no way. Anna often says that though you loved the carbs, they didn’t love you back; that summed it up for me. Carbs were like an abusive ex; I was never going back.

I have just been thinking about carbs a lot lately, and the place they have had in my life since I spoke to my niece. Somehow, I grew up thinking carbs were “comfort foods.” But when I take that thought out and analyze it, it’s not true at all.

I’ve never liked macaroni and cheese better than prime rib. If given a choice, I’d always rather have bacon and avocado on my salad rather than croutons.

And I’ve never felt better after a carb fest. Never. It’s as if this idea that carby foods are “comforting” has been a lie all along.

I know a lot of you have liked the sweet foods as the comfort food, but for me, the ultimate was pizza. If I had a bad day, I didn’t want a drink to unwind like some folks, but a steaming hot pizza made with real mozzarella where the top gets all greasy from the cheese melting.

Of course, mozzarella is a fine keto food, I don’t have to give it up. But as I thought more about what exactly is so “attractive” about the carby bits of food, I’m finding… I don’t see it.

I keep poking this idea. We think we’re “giving something up” – that there was something we *loved* in the carby foods, but I’m finding when I examine it closely, that’s not true for me.

Not just because I’ve gained so much without them, not because I clearly see what they had cost me, but because there was nothing positive there to begin with!

When I first started doing low carb, I learned that to make flavorful stirfries, I had to use much less seasoning when eaten without rice. Rice doesn’t taste like much of anything itself; it dilutes the flavors of the stirfry. Rice is kind of pointless, except for feeding a crowd cheaply.

Really, pasta is the same. I’ve never had any desire to eat a plain, naked noodle. It’s the butter or garlic or marscapone or parmigiana or cream sauce or tomato sauce that is yummy, the pasta is just the way I learned to get those flavors.

Potatoes? Well, do I really want to eat one with no salt, no butter, no sour cream, no chives, no *something* on the potato? Cause… potatoes don’t taste like much either.

I’ve been remembering my adventures in bread making, which went so far as to buy a grinder and grind whole grain to bake homemade bread. And there’s that awesome smell while it bakes, but you have to let it cool before you can slice it, and the fact is, it’s never as good as is smelled. Even less so the next day.

Really, the best way to make bread yummy is to smear butter on it. Or put some meat, cheese and mustard between a couple slices. Bread lies worse than the rest, as the smell promises something it never actually delivers.

I don’t have much of a sweet tooth, so my thoughts are all about starchy stuff, which I’m realizing hold literally no appeal unless doctored up with foods that are perfectly legal on keto. The yummy bits were never the carbs!

So… I have two weird realizations as I keep poking at my feelings about carby foods: first, that though it often *seemed* they were comforting, they never were and second, that they just aren’t yummy anyway, but bland and boring.

And this adds up to… it’s a complete and total falsehood that I gave up *anything*.

It’s not just that the carby foods aren’t worth it for what they cost me, it’s that there was never any worth there in the first place. They’re literally worthless!

They never did *anything* for me. At least an abusive ex might’ve been good in bed, but carby foods never gave me *anything*.

I don’t know if I can really express what an epiphany this is for me. There’s ZERO willpower required to not eat something bland, boring and tasteless, when I can just eat the delicous bits.

Preferably over a big bed of greens.

The shock is realizing I didn’t give anything up because… there was never anything to give up in the first place!

It was all an illusion.

how do you stick to keto when those around you aren’t?

the difference in my mindset in under 2 years