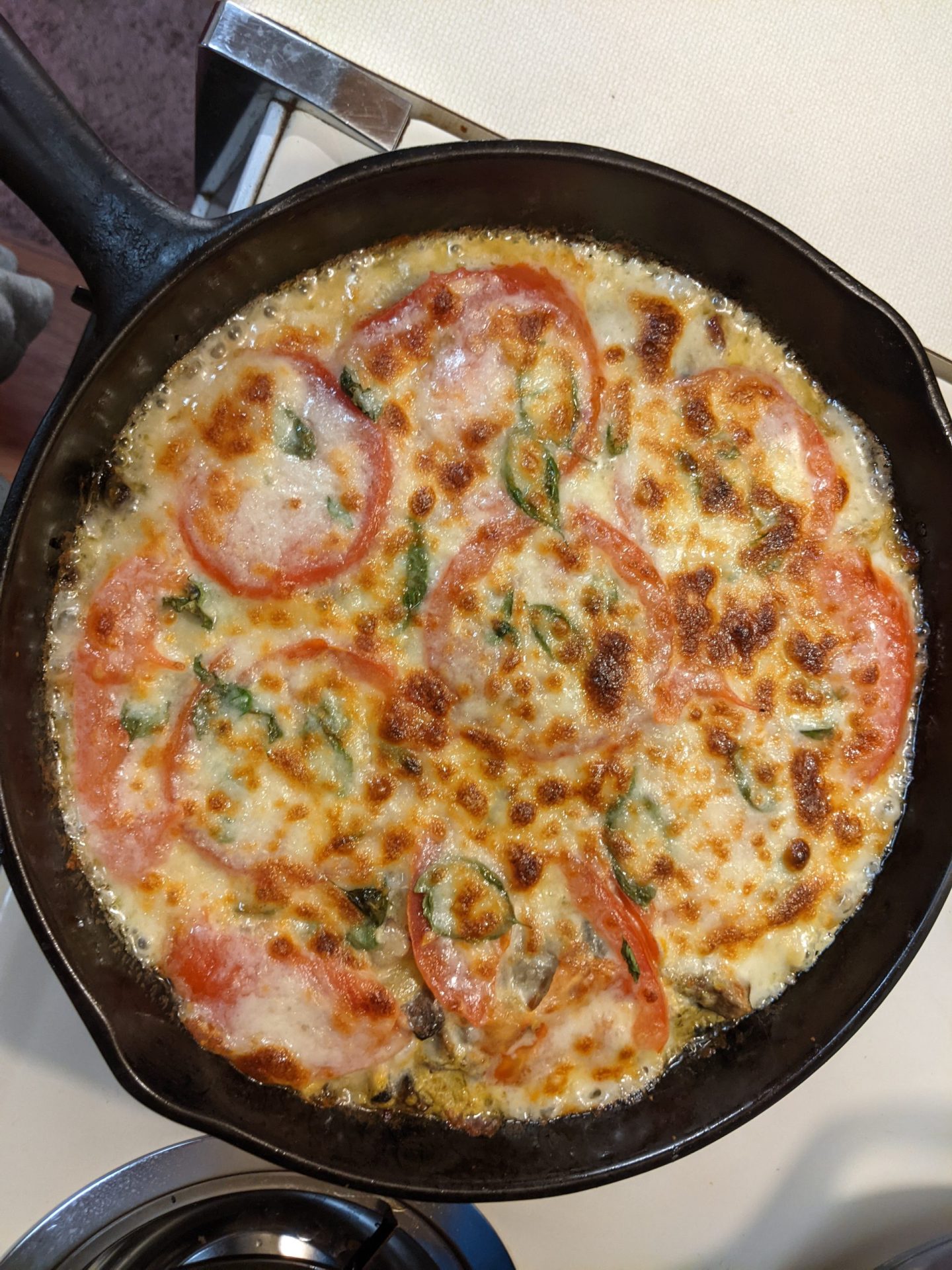 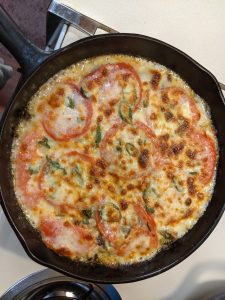 I have two cast iron skillets, so it’s relatively easy for me to simultaneously make frittatas for both myself and Steve who is non-keto.

If I have leftover breakfast meat, a pound of cooked bacon, sausage or ham, it’s easier still. Since I tend to batch cook protein as suggested in the RBS and SSS books (linked in sidebar), I often have precooked meat on hand. 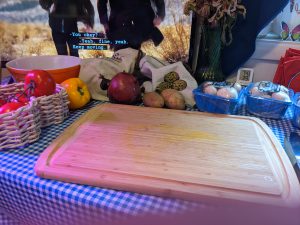 My first step is just cutting up all the stuff, which I tend to do sitting down at my kitchen table in front of my TV, cause I’m both lazy and have a need to be entertained.

Once everything is chopped up, I have to move to the stove and turn up the volume on the TV. 😉

Tomatoes go on at the last minute, just before broiling, so that their liquid doesn’t prevent the eggs from cooking. 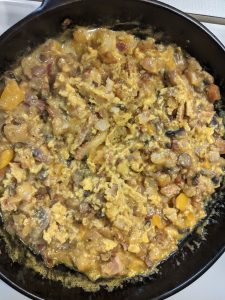 Steve’s frittata when removed from heat – this shows how soft the eggs need to be when you stop to add the tomatoes and cheese, the frittata will firm up under the broiler

For the non-keto version, I peel and dice 2 potatoes for his. I give them a headstart on frying by cooking in the grease or oil in a very hot skillet over high heat until they begin to brown, then lowering the heat before adding the rest of the vegetables. From there, I do the same with each skillet to the end.

For me, this makes 4 servings. I eat with a side salad as this recipe does not have enough vegetable bulk to satiate me for an OMAD meal.

Macros depend on the meat you chose, which I calculated assuming it was the yield from 1/2 lb meat, cooked completly and drained. If you use different products than I do, YMMV.

how I created my sausage gravy casserole recipe