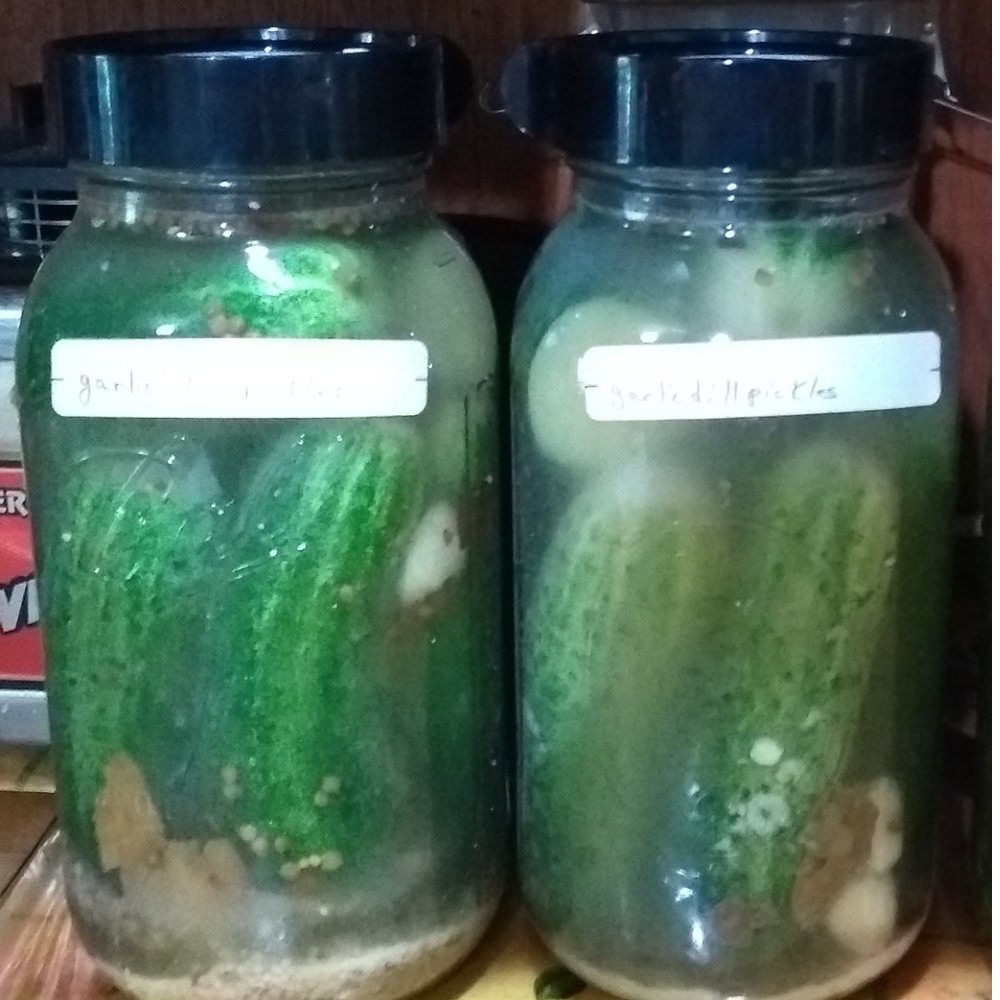 I was never a huge fan of dill pickles, but my fondness for both Amanda’s Big Mac salad and my Reuben RBS has had me going through a heck of a lot more than I ever have before. I made a couple gallons last year and ran out!

Of course, you can use any dill pickles in these salad recipes, but I strongly prefer fermented pickles for the probiotic benefits. You can identify fermented pickles in the grocery because they will be in the refrigerator section – if they’re closed tight and still fermenting, they’d explode! Additionally, they won’t have vinegar as an ingredient. Finally, they won’t be pasteurized as that kills all the probiotics.

When I ran out of my own pickles, I bought Ba Tampte brand garlic dill pickles at my Wegmans.

But I prefer my own homemade ones, made from organic cucumbers bought in a bulk from my favorite local farmer. 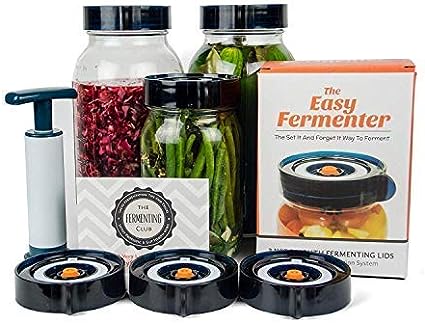 There’s a number of ways that you can ferment. Historically, it was done in a large crock, with the vegetables submerged under an appropriate brine and held done by a weight. In my experience, sometimes this works, and sometimes you get a moldy mess.

I feel that as far as moldy cukes go: ain’t nobody got time for that!

The ideal fermentation requires an airlock, so that mold spores and outside bacteria can’t touch the cucumbers, while allowing the gases produced by fermentation to escape. I use the kit shown to the right, which fits any wide-mouth canning jar. Unfortunately, the half gallons are a tad expensive; I have 6 and guard them closely! I can’t find any actual gallon jars that fit wide-mouth canning lids, so stick to the half gallons.

The recipe itself is pretty simple, though I suggest not following the (very bad) photo; it was a tad tricky to extract those whole cucumbers for storage in different jars (necessary so I could use my limited half gallons for more ferments). This year, instead I cut the cucumbers into spears so they’d be easier to extract.

Regardless of the fermentation system you choose to use, the most important bit is having an appropriate brine. The right level of salt allows the beneficial lacto-bacteria to grow while preventing inappropriate bacteria from growing.

For dill pickles, I use a 5% brine. The volume of salt required depends on the type of salt you are using, as the size of the grains can vary. (Note: iodized salt is not recommended for pickling). Rather than try to figure out exactly how much you should measure by volume, it is simpler to weigh the salt.

The water used is critical also; chlorinated water may well kill off the lacto-bacteria necessary to do the fermentation. A standard Brita filter will remove the chlorine.

Enjoy with your salads!

lamb kebabs without a BBQ or skewers!

how to cook for family not doing keto: best butter chicken recipe