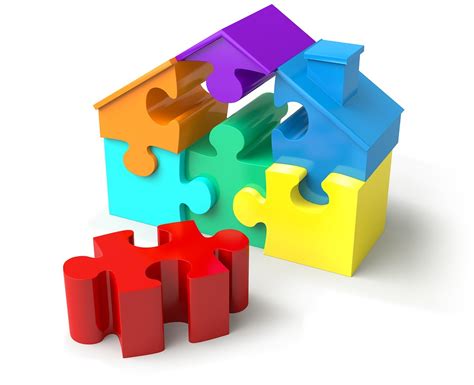 I’m in recipe-development mode and decided to share my thought process about how I come up with a “cooked RBS” recipe.

I have a bulk package of sausage in my freezer and want to make a batch of sausage gravy sometime in the near future. I’ve seen a bunch of keto recipes out there, and it looks like I can skip the flour easily enough by using cream instead of milk and adding a bit of cream cheese to thicken it.

I generally don’t approve of recipes with cream cheese, as many of them start with a whole block, and who needs THAT many calories?

But I saw at least a couple examples that only used a few TB, so I think it’s doable without being crazy. Not that sausage gravy isn’t pretty caloric anyway, this will likely be more of a maintenance recipe than a weight-loss recipe when I develop it.

A tip I ran across was that a bit of instant coffee will give it the light brown I’d have gotten from making a roux plus add a depth of flavor similar to red-eye gravy.

My quandary is what to put the gravy over. Yes, I know there’s keto biscuit recipes out there, but no, I’m not interested. In my past life, I’ve done lots of low-carb baking and my experience is you buy a bunch of expensive ingredients, do a bunch of work, and the result is something rather disappointing that doesn’t get near what it is trying to replicate. For me, it is simpler to just not eat bread than to try to replicate a keto one; YMMV.

Besides which, a plate of biscuits and gravy is sadly lacking in vegetables. I need a vegetable to stick under the gravy, both for micronutrients and for bulk to make me full while eating OMAD. Wanting something rather bland, of course cauliflower comes to mind. But riced cauliflower doesn’t really work in my mind. Perhaps mashed cauliflower will work, as it’s texture is similar enough to mashed potatoes, which certainly always work under gravy.

Then my final consideration is that a 1 lb package of sausage is only enough protein for 2 meals, but I usually use make recipes of four servings. Sure, I could double that, but I’m already expecting this recipe to be more caloric than most what with the cream and cream cheese, so the best thing to stretch the protein with might be scrambled eggs, as who doesn’t like a bit of sausage gravy over their eggs?

And now that I have 3 components, I’m thinking casserole. A *big* one, 9 x 13, as I’ll have a lot of cauliflower on the bottom that needs to be stretched out so it’s well covered by the gravy. But it doesn’t need to be baked, just stored in the casserole.

a little bit of math

For 4 meals, I’d need about 3 lbs cauliflower, 1 pound sausage and a dozen eggs – and expect I’d use about 1 cup heavy cream and 2 oz cream cheese. So next is to get a rough macro count and figure out if this is do-able without being too crazy on carbs or calories.

My goal is to keep carbs under 20 g/day and calories under 1200 while in my weight loss phase, and still get a decent dose of veggies and protein to replicate an RBS.

A back-of-the-envelope calculation indicates that the main ingredients come to 59 g net carbs (ignoring fiber) and 4265 calories for the whole recipe, so per serving is 15 g carb and 1066 calories; that’s roughly doable and even leaves me some wiggle room to mash the cauliflower with a bit of cream. And it comes out to about 45 g of protein/serving, which is sufficient for me while fasting since autophagy is recycling my protein as I go.

So this fits well into weight loss phase after all; it doesn’t have to be saved for maintenance.

Next step is to actually write a recipe for myself and make it and find out if it’s as yummy as I’m hoping.

Nuke 3 lbs cauliflower florets with 1 TB water until just soft in covered glass container. While it nukes, cut up around 2 TB fresh chives with kitchen shears. Pour cauliflower into colander and let cool while making gravy.

Fry 1 lb bulk breakfast sausage in a skillet over medium heat, breaking it up as you go along. While it cooks, cut up about 1/4 of an 8-oz package (2 oz) of cream cheese into chunks.

If sausage is very greasy, drain but save at least a TB of the grease; mine isn’t usually very greasy, so I probably won’t. When it’s done cooking through, add the cream cheese chunks and let start melting a bit for a few minutes. Add 1 cup heavy cream and stir until the cheese is entirely melted and it thickens. Remove from heat and stir in 1 tsp instant coffee and top with a whole bunch of freshly ground black pepper, about a TB. For my grinder, that’s about 40-50 grinds.

Put cooled, drained cauliflower in food processor with S-blade, add the chives and 2 TB cream and whiz until completly smooth. Spread evenly over the bottom of a large casserole dish, at least 9 x 13. Spread gravy over cauliflower mash.

Clean out skillet and preheat over medium heat. While it preheats, beat a dozen eggs thoroughly in a large bowl. Turn heat down to medium-low and add a TB of reserved sausage grease, bacon grease or butter. Once fat is melted and a bit hot, pour in eggs and stir until just barely soft-set; remove from heat immediately.

Spread eggs over gravy in casserole. Cover with plastic wrap, pressing wrap down to touch eggs so they don’t dry out. Store in refrigerator.

If I were in maintenance, I might top with cheese and bake until the cheese melted, but as I’m not, this is sufficient for 4 big OMAD meals. I’ll just cut from the casserole, plate and nuke until hot through while drinking my daily cup of bone broth.

Then I eat and discover if this is as yummy as I thought, or if there were anything I’d change. I thought the cauliflower was a bit too bland; I might add a tsp of garlic or onion powder to the blender next time, which only adds about 1/2 g carbs per serving, so has a negligible effect on the macros.

And finally, the final step for posting is to organize into a more official recipe. 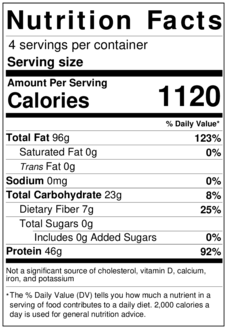 how to cook for family not doing keto: chicken fajitas